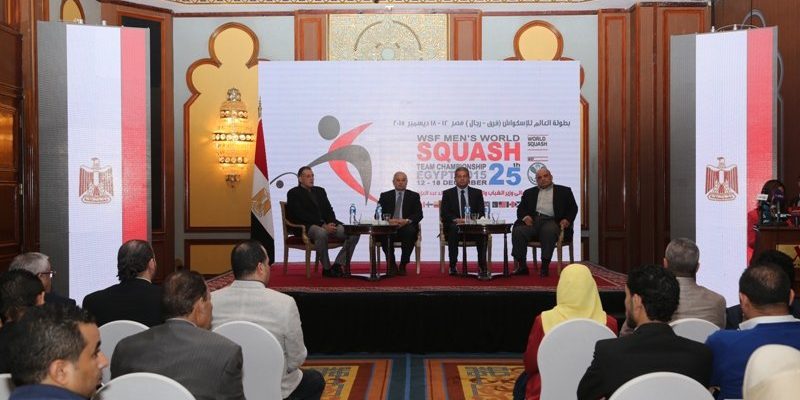 Hosts Egypt are expected to reclaim the WSF Men’s World Team Squash Championship title in Cairo in December according to the seedings announced today by the World Squash Federation.

15 of the top 20 players in the world will compete in the 25th biennial championship which will take place at the Al Ahly Club in the Egyptian capital from 12-18 December.

Egypt boast a formidable four-man squad led by world No.1 Mohamed Elshorbagy and including three further players from within the world top 12: third-placed Ramy Ashour, No.6 Omar Mosaad and No.12 Tarek Momen. But the favourites are sweating on the recovery of Ashour who is missing the current Hong Kong Open due to the recurrence of a hamstring injury.

Competing in their third successive final in the 2013 championship in France, Egypt went down 2/1 to England – who lifted the trophy for the fifth time since 1995. The defending champions – the 2015 event’s second seeds – will be led by world No.2 Nick Matthew, supported by Daryl Selby (world No.16), event debutant Chris Simpson (No.23) and James Willstrop, the world No.24 who defeated the top-ranked Elshorbagy in the recent PSA World Championship.

France, runners-up in 2003 and 2009, are seeded three and will be led by the newly-crowned world individual champion Gregory Gaultier. Record eight-time champions Australia are the fourth seeds.