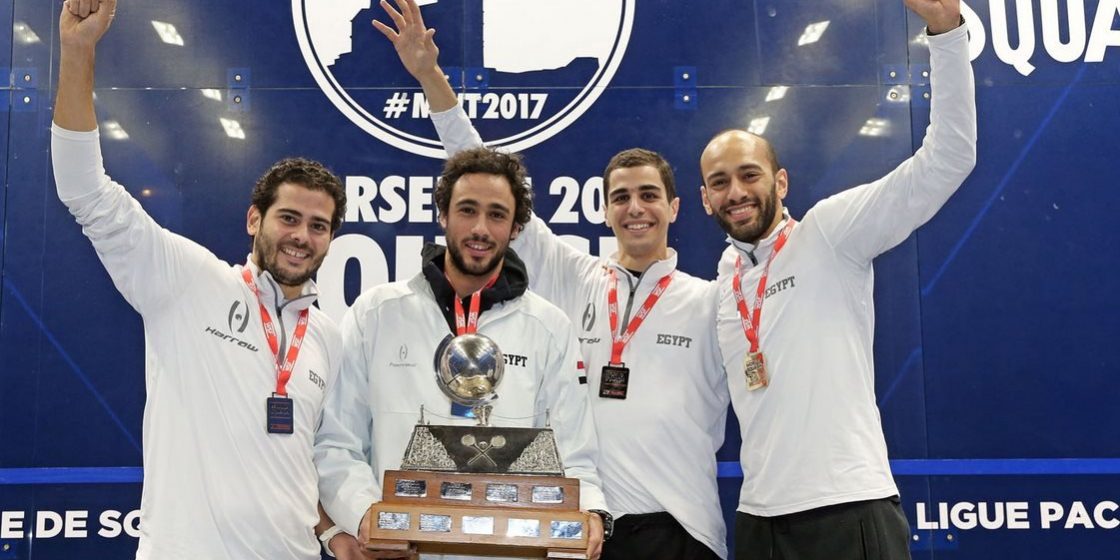 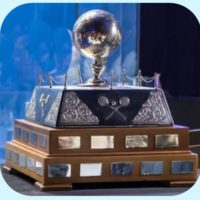 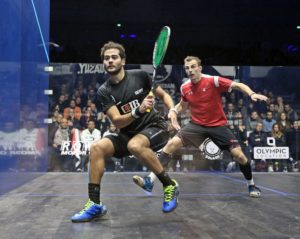 It was a repeat of the last two Men’s World Team finals as top seeds Egypt and defending champions England went head to head in Marseille. Egypt had won in Paderborn 2011, England in Mulhouse 2013, both matches ending in 2-1 in dramatic style … who would win this third edition?

Karim Abdel Gawad put Egypt ahead in the top string match, with a three-nil win over Nick Matthew, the Englishman struggling with an injury that apparently occurred during the warmup and was was clearly hampering his movement. Gawad was ahead throughout the first then eased through the second. 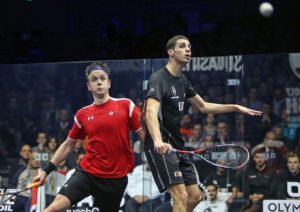 At 6-2 in the third – Matthew having taken an injury timeout in the game interval – it looked all over. Warrior that he is, Matthew fought back to 6-all, but Gawad stopped that charge to put Egypt ahead.

“It’s such bad luck for Nick to get injured in the final,” said Gawad. “Nick is such a great ambassador for our sport, he was playing on the tour for about 10 years before I came on the Tour – I’m not saying he is old, I’m saying he’s got a great experience and it was always very tough to play him!”

The title returned to Egyptian hands as Ali Farag beat James Willstrop in three games in the second match. 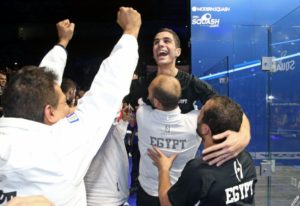 “The word big is an understatement – it is much bigger than big!” said Farag. “I felt I had the whole Egyptian squash community on my shoulders. I wanted to make them proud.

“Four years ago, I was still at college. I remember watching the final – it was a dream of mine to wear the Egyptian shirt.

“Winning the US Open with my wife Nour (El Tayeb) was very special, of course – but, because this was for Egypt, I can say it is the highlight of my career.”

“We will celebrate for just tonight then get back to work to prepare for next week’s PSA World Championship.”

The victory means that Egypt now hold all the men’s and women’s, senior and junior, team and individual WSF and PSA world titles except the Men’s Junior World Team title, in which final in 2016 the country narrowly lost to Pakistan! 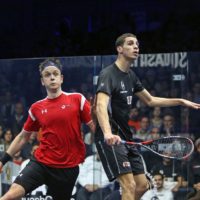 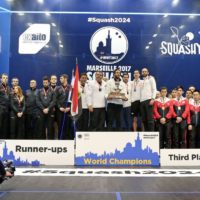 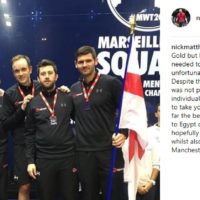 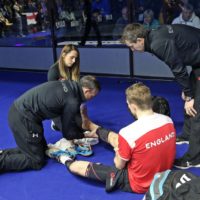 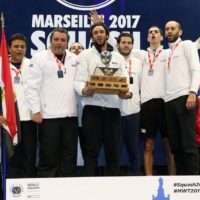 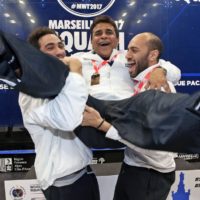 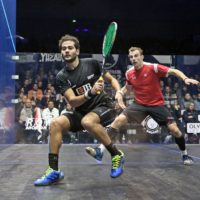 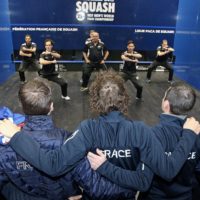 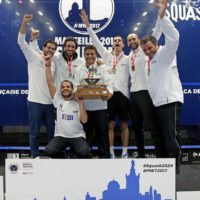 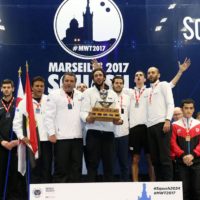 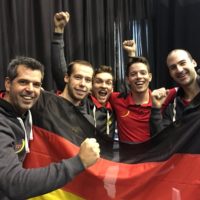 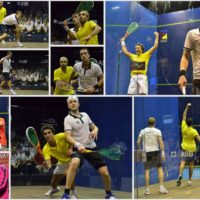 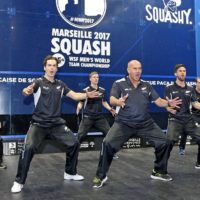 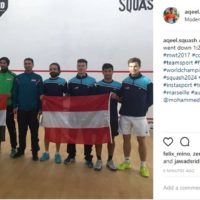 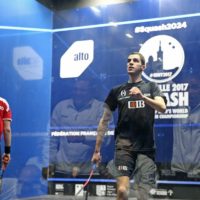 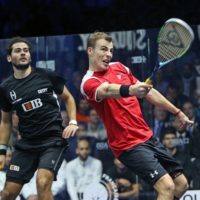 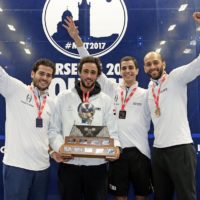 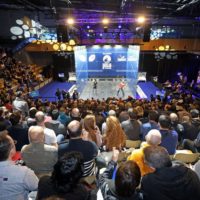 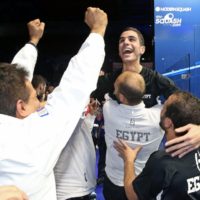 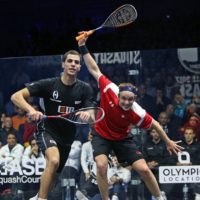 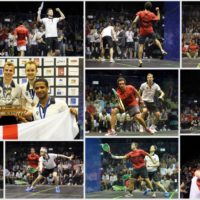 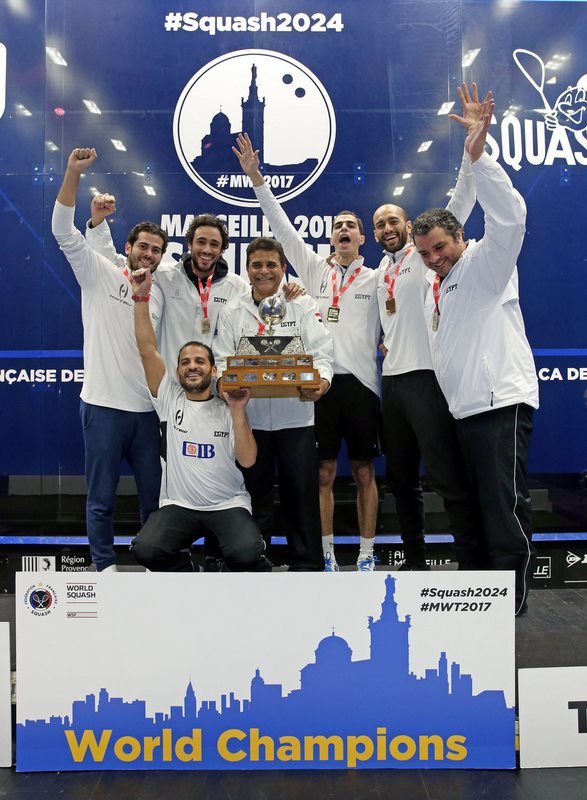