Semi-Finals: Egypt and England through 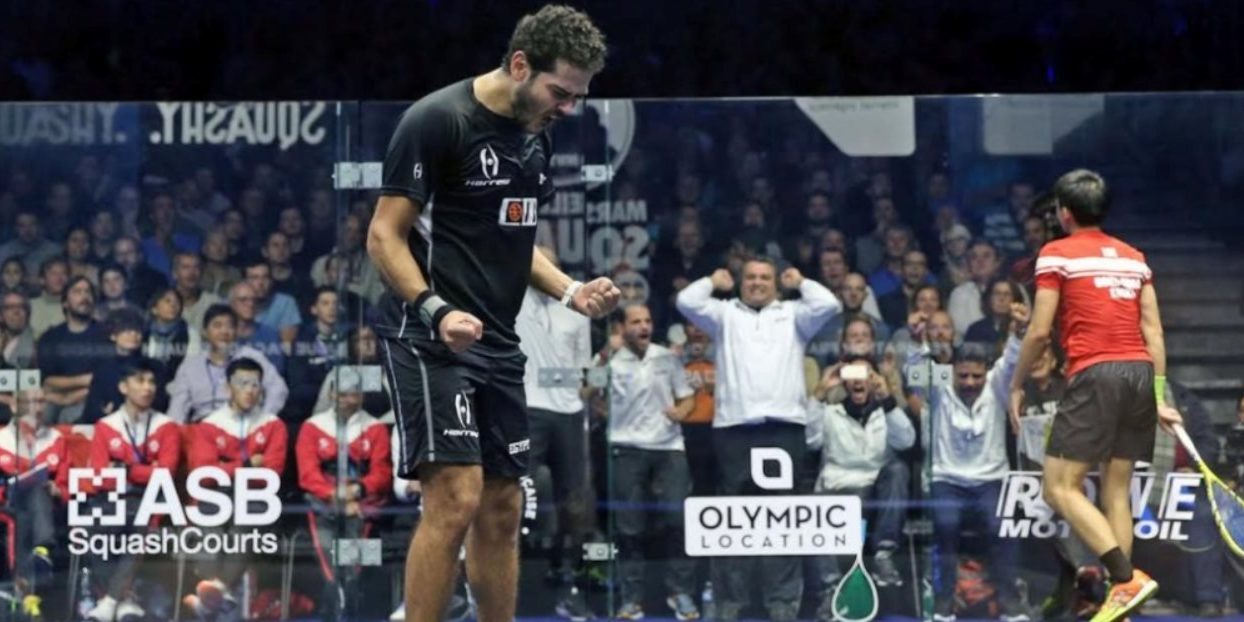 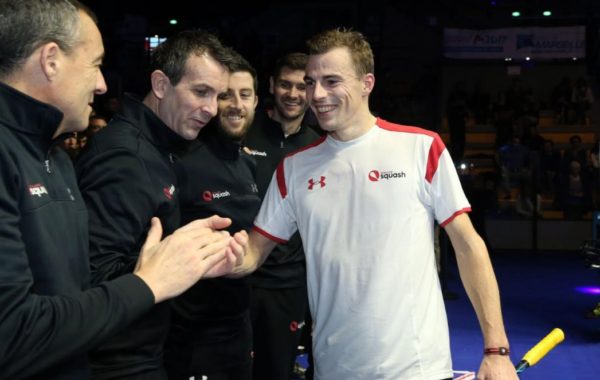 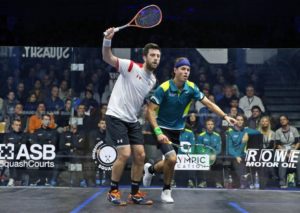 England took the lead in the first semi-final as Daryl Selby came from a game down to beat Zac Alexander. The turning point came as the Australian led 5-1 in the third when Selby reeled off ten points in a row to take the lead, and stayed just ahead throughout the fourth.

“That was really tough, Zac’s a good striker of the ball and didn’t make it easy for me at all,” said Selby. “Happy to get the first point on the board, that was very important for us.” 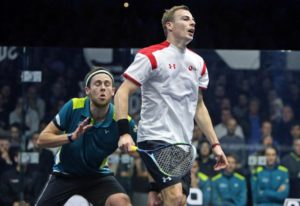 Nick Matthew took England into a third successive final as he beat Ryan Cuskelly in straight games. The Australian, coming in off a marathon tussle last night, stayed with Matthew until the very end of the first, but Matthew was in control for the rest of the match, easing to an ultimately comfortable win.

“I think New Zealand did us a bit of a favour pushing Australia so hard last night,” admitted Matthew, “you have to have time to prepare and get the basics right, which we were able to do. I knew if I took the first it would be tough for Ryan, so that was important, but he played well.

“Sorry about France last night,” said Matthew to the crowd, “but we can’t wait for the final tomorrow,” he added. 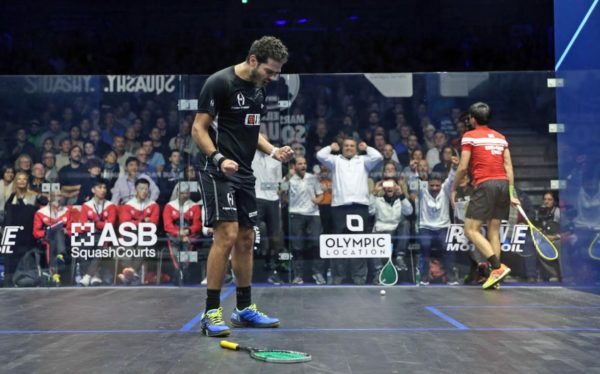 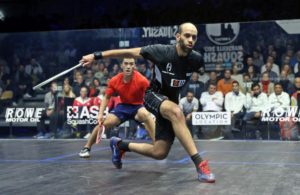 “It feels amazing,” said Marwan. It’s always very important to take a good start, so I’m really happy to get a good start for the team. Hopefully, Karim can take the next point and win his match.

“Yip played a great match against Castagnet yesterday, so I was mentally very prepared, our coach Ashraf Hanafi prepared me very well mentally for the match.

“It’s amazing, we have the whole support of the federation here, it’s amazing for us, and hopefully we can bring the title to Egypt” 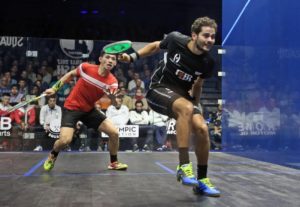 Egypt reached the final thanks to yet another five-setter from World Champion Karim Abdel Gawad. The world champion took the first game but Max Lee responded strongly, levelling and going 10-6 up in the third. Gawad took six points in a row to regain the lead but Lee once again drew level. Gawad was ahead through the fifth, finally closing out the match after just over an hour’s play.

“Of course, that was far from easy,” he said. “I have played with Max the firs time in Qatar the Worlds in 2014, he beat me there, then we played two more times I won but, each time, it was a big battle, 3/1, 3/2. It’s not an easy game playing against Max. Plus the pressure…

“Hong Kong had a great result yesterday, they played really well, so it was a very big test for us today. We are really happy to qualify for the final and I’m very glad I won today.”

Egyptian national coach Ashraf Hanafi admitted afterwards: “That was hard – I have full respect for Hong Kong. They proved that it wasn’t luck yesterday. They were very tough. The quality was very high. Max never gave up. It was good for squash.”

On the up-coming final, Hanafi said: “England is England! All three players are very experienced. We have to prepare ourselves for them! I hope we will get revenge for our defeat in 2013.” 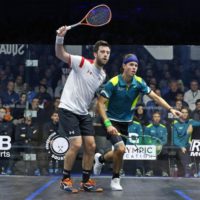 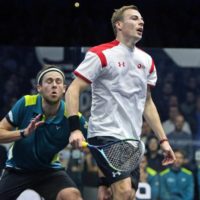 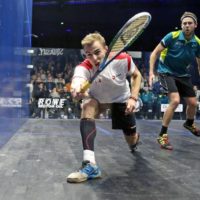 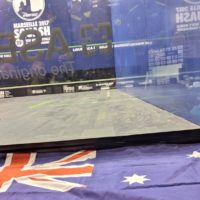 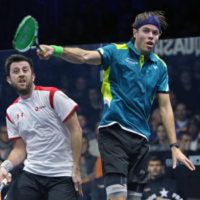 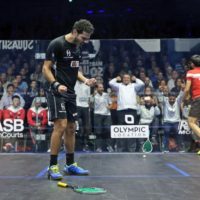 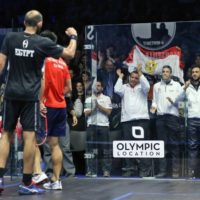 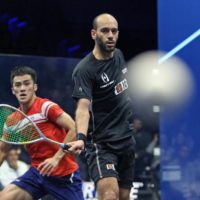 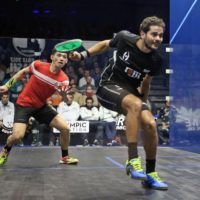 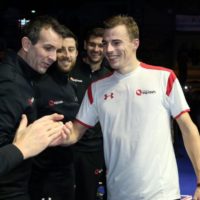 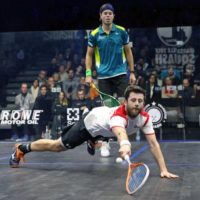 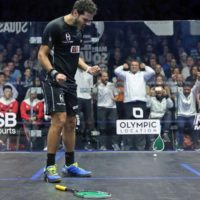 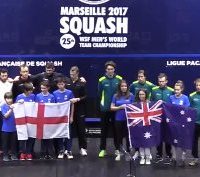 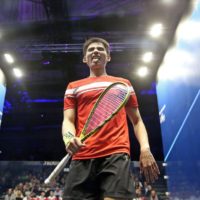 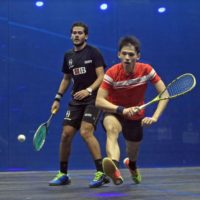 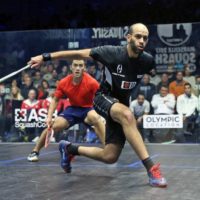 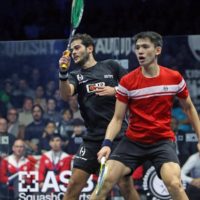 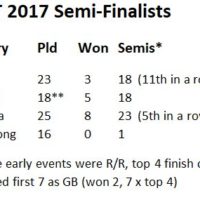 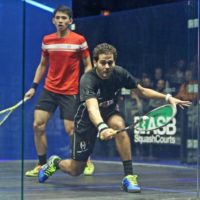