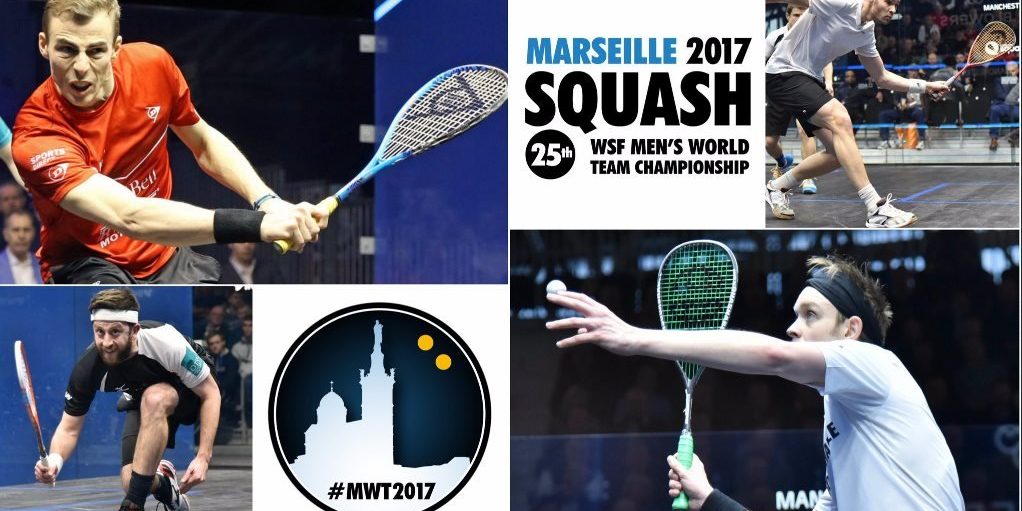 The England team that will defend its WSF Men’s World Team Championship in France from 27 November to 3 December has been revealed.

Led by three-time individual World Champion Nick Matthew, Team England will be striving to retain the title they won in 2013 when the event last took place in Mulhouse, France.

England’s men boast a strong track record in team events, having been crowned World Champions five times in the ten previous biennial competitions. Matthew, Willstrop and Selby were part of the squad who claimed the World Team title in 2013.

“The World Team Championships is a very special event, which brings out the best in our players. We have fond memories from the battles with France and Egypt in 2013 where we were successful and I’m confident our players will be able to draw from those experiences once again.

“I’m delighted for Adrian Waller, who makes his World Team Championships debut. With his recent form he will be a great addition to the team.”

Current World No. 5 Nick Matthew, who will be competing in the Team Championships for the final time before retiring from professional squash at the end of this season, said:

“I’m excited to be leading the team in defense of our World title. It’s fitting that the Championships are returning to France where we won in 2013, but we are under no illusions about the difficulty of our task facing us.

“The landscape of World Squash has changed in the last four years, but we have a great record when pulling on the England shirt and look forward to living up to our proud history.”