Farag: Squash is usually a selfish sport. But at WSF Men’s Teams, we win for Egypt 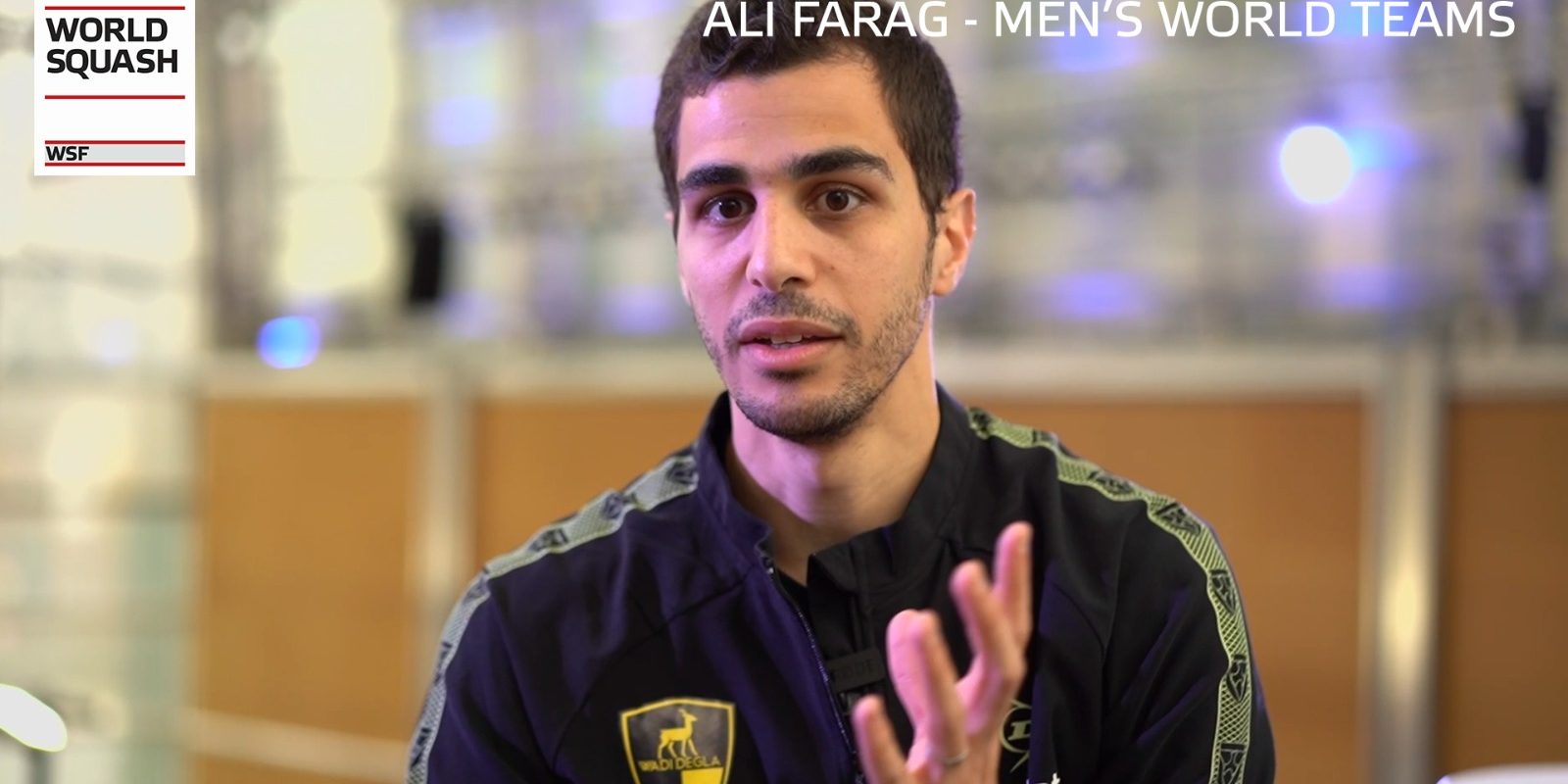 For World No.1 Al Farag, the WSF Men’s World Team Squash Championships is one of the most important tournaments in a player’s career.

Speaking ahead of the upcoming 27th edition of the tournament in Kuala Lumpur, which will take place 07-12 December, the reigning Men’s Teams champion said that more than anything, he enjoyed being able to play for more than just himself.

Whereas the vast majority of squash tournaments pit one competitor against another, at the biennial Men’s Teams four-man squads battle it out in epic best-of-three-match clashes.

“Squash is an individual sport, we don’t get [many opportunities] to play any team sports. So this is the only time where you really have one goal together and you cheer each other on. I’ve not experienced that feeling – the vibe of everyone behind you and people banging on the glass – since college squash. You don’t get to see that much in an individual sport,” the Egyptian explains.

He adds that playing at the World Teams allows him to support his fellow athletes without guilt and represent his country to the fullest: “Not in a bad way, but it’s a selfish sport at the end of the day. [When playing singles] you only want to do well for yourself, or you want other people to do well, but not more than yourself. But at these championships, you actually want them to win for you as well.

“For the people back home, when you win as an individual it’s under the Egyptian name, but ultimately it’s Ali who’s won or [fellow Egyptian and World No.4] Tarek [Momen] who’s won or whoever. When we win together as a team, it’s for Egypt and we make everyone back home proud. So I guess this added element adds a bit of pressure but adds a bit of excitement as well.”

This pressure is something that Farag is used to, with the Egyptian playing in an eye-popping 46 major singles finals throughout his career so far, in addition to winning the Men’s World Team Championships twice. However, he admits there is a different weight of expectation when he plays for his country.

“Back in the day, when [legendary Egyptian players Amr] Shabana and [Karim] Darwish were playing, we hadn’t won the Men’s Teams many times. And, while it wasn’t an unexpected bonus to win it, it wasn’t expected that Egypt would win.

“Now, if you don’t win, it’s a huge blow. So we have this in the back of our heads. But we know we’re capable of winning it and defending our titles. So it’s a good kind of pressure,” the 29-year-old explains.

The heavy expectations placed on Farag and his teammates is unsurprising, given the country’s undisputed status as the game’s current powerhouse. Of the top ten ranked men, Egyptians make up seven, and Farag admits that it has likely given team coach Ashraf Hanafi a headache trying to pick a balanced team.

“‘It’s a very tough problem for the coach to pick who’s going to play and who’s not. But then, for us players, it’s always good because you know, whoever is going to come with you on the team is going to perform and, and be an added value to the team,” Farag says.

Though Farag’s Egyptian teammates have yet to be officially announced, he says that whoever is picked will be a valuable asset to the team. “The Egyptian Federation back home have have gathered us for team squads for a few three weeks, which is good to just build that team spirit going team spirit going. We’re going to make the most of it.”