Kashif Shuja has been named as the coach of the Zew Zealand team for the WSF Men’s World Teams in December.

Shuja is a familiar face to the squash scene having reached a world ranking high of 36 in May 2009, and having been involved in ten World Team and Individual Championships he is well aware of the pressures involved at these events.

Shuja has more recently in the past few years been involved in coaching a number of high performance players and has been a part of the successful academy which has been run out of the Squash Gym Palmerston North club. He is also currently involved with the Coach in Residence programme at Massey University as well as the Pathway to Podium programme. 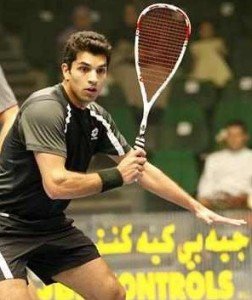 Shuja has also claimed 11 PSA titles in his time and had a best world series finish of top 16 at the British Open in 2009, upsetting current world no.1 and then world no.15 Mohamed El Shorbagy.

The team to travel to this event will be named later in the year however for now Shuja is looking forward to working with the players.

Shuja said: “It’s an honour to be appointed for such a high profile role. It’s a responsibility I will be taking very seriously and plan to put things in place over the next 5 and a half months leading up to the world champs. It’s an exciting time for Squash in NZ as our HP takes a new turn and the sport is on a huge high. I look forward to working with our very capable young men to achieve the best results for New Zealand.”

Squash New Zealand wish the team the best of luck in their lead up to the event.